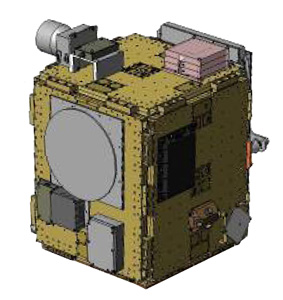 PnPSat 1 (Plug'n'Play Satellite 1) was a project by the Air Force Research Laboratory (AFRL) to demonstrate a standardized small spacecraft bus, which can be fitted on short notice with different prefabricated modular sensors and avionic modules.

PnPSat 1 was one of the three candidate payloads for the quick reaction "Jumpstart" launch in 2008 on a Falcon-1 launch vehicle. Which payload was to be launched was decided only two weeks before the launch, but PnPSat 1 lost, reportedly because it was not ready in time.

PnPSat 1 was never launched and served as engineering model for the develompent of the MSV (Modular Space Vehicle) satellite.