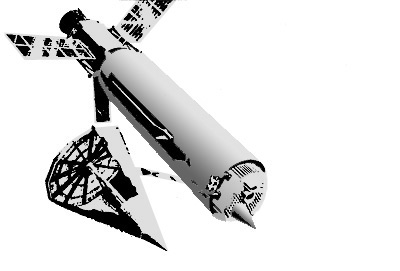 The ELINT/SIGINT satellites known for decades only as "Heavy Ferrets" are now known to be a program originally associated with the Samos (Satellite and Missile Observation System) project. These are the third series of ELINT satellites in the series of Program 102, later renamed Program 698BK and Program 770. These satellites were designed to detect, map and investigate SAM and ABM radars.

The experience with the previous 102 and 698BK payloads, which had a set of fixed frequency combinations - called Group 1, 2, or 3 - and covering frequencies, that had to be selected long before launch. No other frequency coverage was possible without major payload modification. This was primarily because the antenna configurations were very difficult to change without major redesign and testing. Additionally, the command and control support systems were limited in flexibility by the small number of commands available. Therefore a payload more responsive to changing requirements was developed. The new payload configuration was called Multigroup and had eight frequency bands, each with a matched antenna. Any four bands could be flown on any given mission with minimal turnaround time. In reality, it was stil required to define the Multigroup configuration 6 to 8 month in advance.

Multigroup used single spiral antennas that divided the target area into sectors and used single-pulse phase comparisons to achieve geolocation. It was capable of determining location within ± 32 km at frequencies as low as 59 MHz.

Although these payloads flew together on all the Multigroup missions, they operated independently, thereby requiring considerable duplication of support-system functions.

The configuration of P-770 Multigroup 1, vehicle 2731, mission 7161, was similar to the previous Project 770 vehicles with the exception of the new payload and improved UHF command system. The launch date slipped to 28 December 1966, mostly because of changes caused by concerns over the technical characteristics of the payload. It also carried the Setter 1A auxiliary payload. It operated for 5 months.

P-770 Multigroup 2, mission 7162, was successfully launched on 25 July 1967. It also carried the Setter 1B auxiliary payload. Also an addon COMINT payload inherited from the MOL program called Donkey, which used a 6-foot parabolic "wrapped rib" dish antenna that deployed on orbit was carried. Donkey was to map communication links and do a limited amount of communication intercept. The main payload operated for 5 months, the Donkey payload operated for 6 months.

This series was followed by a fourth version of the Heavy Ferret satellites, the Strawman satellites.