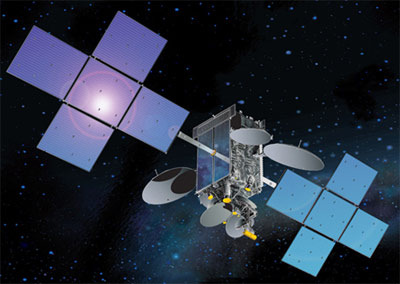 Space Systems/Loral (SS/L) announced in May 2007 that it has been awarded a contract to manufacture a new spacecraft for, SES NEW SKIES, a subsidiary of SES Global. NSS-12 will be used to enable communications services for telecommunications providers, broadcasters, corporations, and governments in Europe, Africa, the Middle East, India and other parts of Asia.

NSS-12 is the first satellite contract that SES NEW SKIES has awarded to SS/L. The spacecraft is a state-of-the-art, hybrid C- and Ku-band satellite that will be located at 57º East Longitude over the Indian Ocean Region. Based on SS/L's highly reliable and space-proven SSL-1300 spacecraft, it will be equipped with 40 C-band and 48 Ku-band active high-power transponders (36 MHz equivalents) to help maintain and increase the capability of the company's worldwide satellite communications network.