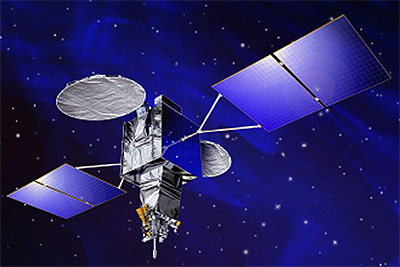 The Nemesis series of satellites are geostationary COMINT satellites to intercept transmissions to commercial communicationss satellites. These satellites were known at launch by the names PAN and CLIO or the program designation P360.

The Nemesis satellites mission was Foreign Satellite (FORNSAT) collection from space. They are targeting commercial satellite uplinks not normally accessible via conventional means by collocating themselves with the target satellite. This provides the Office of FORNSAT with a site in the sky when denied a site on the ground for information collection. The ground processing equipment for these missions is at Menwith Hill Station (MHS), which can cover both drift / dwell operations and sustained collection.

Nemesis 1, PAN (Paladium At Night) or P360 was procured by an unidentified US Government Agency from Lockheed Martin in October 2006 on a 30-month firm-fixed-price program. Later the satellites were identified in leaked documents as NRO's Nemesis satellites.

A likely second satellite of this type, Nemesis 2, which was also named CLIO, was launched in 2014. Observations indicate, that it has also maneuvered between orbits slots multiple times.