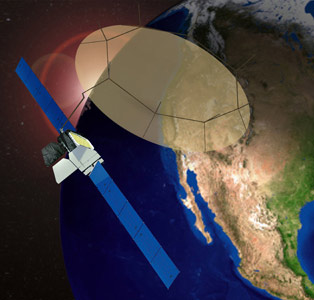 Boeing announced in December 2010 that it has received a contract for approximately $1 billion from the government of Mexico to deliver an end-to-end satellite communications system. The system, known as MEXSAT, will consist of three satellites, two ground sites, associated network operations systems and reference user terminals. MEXSAT will provide secure communications for Mexicos national security needs, as well as enhanced coverage for the countrys civil telecommunications.

Under the contract, Boeing will deliver a complete turnkey satellite system comprised of Boeing 702HP geomobile satellites MEXSAT-1 and MEXSAT-2 and one extended C- and Ku-band satellite, MEXSAT-3, which will provide fixed satellite services from geosynchronous orbit. MEXSAT-3 is scheduled to launch first, at the end of 2012.

Boeing also will develop two ground sites in Mexico with advanced beam-forming flexibility to direct mobile user spot beams to government agencies operating in Mexico and its patrimonial seas, including the Pacific Ocean and Gulf of Mexico.

MEXSAT 1 was lost in a failure of the third stage of the Proton-M Briz-M (Ph.3) launch vehicle.