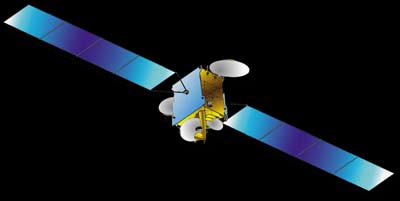 Hispasat 1C and 1D are powerful telecommunications satellite based on a Spacebus-3000B2 platform with 28 Ku-band channels built by Alcatel Space for the Spanish company HISPASAT S.A. They offer pan-European and pan-American multi-area coverage. This coverage can extend to certain areas of North Africa. The flexibility offered by the satellite's design will allow users to benefit from intercontinental links between Europe and the Americas.

Alcatel Space was already the contractor for Hispasat 1C, in orbit since February 2000.