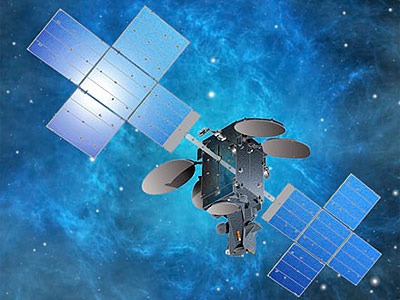 Hispasat 30W-6, formerly known as Hispasat 1F, is a multi-mission satellite built by SSL for Hispasat to provide service in Europe, North Africa, North America and South America. It will replace Hispasat 1D at 30° West longitude and will provide service for television, broadband, corporate networks and other telecommunications applications.

Hispasat announced in July 2014 the contract with SSL to built the satellite. The payload multi-mission consists of:

Additionally it carries a photonics experiment by DAS Photonics that will examine the use of photonics for data routing within the vehicle.

Hispasat 30W-6 is based on the SSL-1300 satellite platform that provides the flexibility for a broad range of applications and technology advances. Scheduled for launch in 2017, the satellite is designed to deliver service for 15 years or longer.

Hispasat 30W-6 carried NovaWurks' small PODSAT 1 satelliute on board, which was seperated in geostationary transfer orbit from Hispasat 30W-6.

The satellite was successfully launched in February 2018 on a SpaceX Falcon-9 v1.2 rocket.