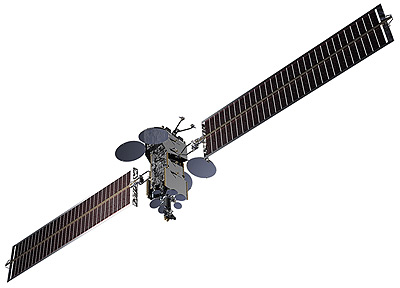 HellasSat 4/SaudiGeoSat 1 is a Greek geostationary communications satellite for Hellas Sat, which is owned by Arabsat.

Arabsat and King Abdulaziz City for Science and Technology (KACST) announced in April 2015 contracts for Lockheed Martin to manufacture two A2100 communications satellites - Arabsat 6A and HellasSat 4/SaudiGeoSat 1. The contracts were signed April 9, 2015. Construction of the satellites commenced immediately and was completed for a launch in 2018.

The satellite was built on Lockheed Martin's LM2100 bus, a modernized version of A2100 bus, which builds on that flight-proven design with advanced innovations including propulsion, solar arrays and electronics.

Hellas-Sat-4/SaudiGeoSat-1 operates from a location at 39° East. The satellite is designed for a 15-year service life, and was manufactured in Denver, Colorado.