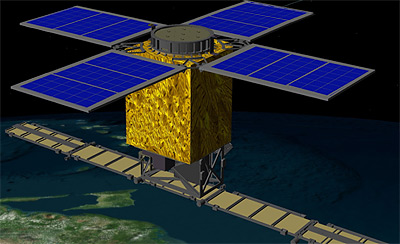 As a demonstration payload Harbinger features ICEYE's ICEYE X3 X-band SAR instrument with a resolution of 1 m, based on the ICEYE X2 mission, BridgeSats optical communications payload and Enpulsion of Austrias Field Emission Electric Propulsion. Also a low-resolution optical camera is on board.

The flight of the Harbinger satellite was sponsored via the U.S. Army Space and Missile Defense Command for a launch in the framework of the Space Text Program (STP).

Harbinger was launched in May 2019 on an Electron KS rocket on the STP-27RD mission. The radar payload early in the mission had issues with payload to bus communications, which were reportedly solved.