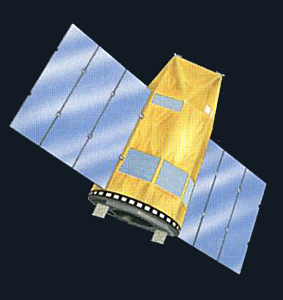 Greensat was an attempt to develop an South African Earth observation satellite. The project was originally started in 1985 as a military reconnaissance satellite to be launched on the indigenous RSA-3 rocket, but in 1991 was changed into the civilian Greensat.

Greensat would have been about 2,3 m high, with a mass of 330 kg and would have carried panchromatic and multispectral cameras. The resolution would have been at 2.5 m for the high-resolution camera. The baselined launch vehicle was the Russian Start-1 rocket as the RSA-3 was cancelled.

Although engineering models had been built, the project was cancelled in 1994 due to lack of funds.