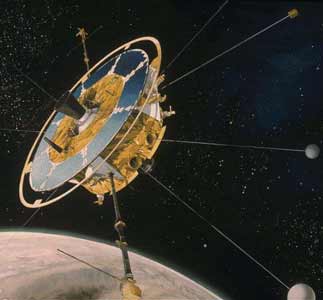 The Freja magnetospheric research satellite was launched on 6 October 1992 as a "piggyback" payload on a Long March 2C (CZ-2C) rocket from the Jiuquan Satellite Launch Center in China. The satellite is in an orbit between 601 and 1756 km at 63o inclination. Freja is a sun-pointing spinner with a 2.2 m diameter and 214 kg dry mass.

The Swedish Space Corporation is the Prime Contractor to the Swedish National Space Board (SNSB). Freja images the aurora and measures particles and fields in the upper ionosphere and lower magnetosphere. Swedish, German, Canadian and U.S. instruments are flown on the satellite.

The total cost of the Freja program including satellite, launch, ground system and 2.5 years of operation, but excl. experiments was $19 million (FY95). The satellite has been in operation for more than 1000 days.