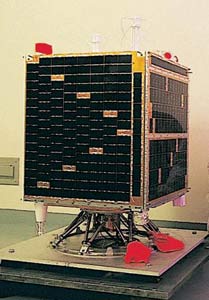 Starting in April 1999 with the support of the national Knowledge innovation program (KIP) spearheaded by CAS, the project has been carried out jointly by researchers from the CAS Institute of Microsystems and information technology, and the CAS Shanghai Institute of Technical Physics. Although the manufacturing of the satellite had been completed in 2002, it was not launched until 21 October 2003. CX 1 was launched piggy-back on a CZ-4B launch vehicle with CBERS 2 from the Tai Yuan space center.