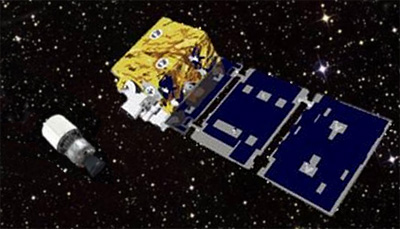 The ANGELS program is part of AFRL's continuing effort to develop new small satellite technologies capable of providing localized monitoring and awareness in space. The program builds on AFRL's XSS-10 and XSS-11 small satellite programs, which explored rendezvous, proximity operations and station-keeping techniques with very small satellites. Such capabilities are applicable to a broad range of defense and civilian space missions. The program will culminate in the launch of a small satellite into geosynchronous orbit, where it will perform a series of monitoring and maneuvering tests around a larger satellite to be designated at a later time.

The ANGELS spacecraft hosts an SSA sensor payload to evaluate techniques for detection, tracking, and characterizing of space objects, as well as, attribution of actions in space.

The experimental on board vehicle safety system explores methods for dramatically reducing the probability of collision with other space objects in an increasingly congested space environment.

The ANGELS spacecraft was launched in 2014 on a Delta-4M+(4,2) rocket as a secondary payload on the AFSPC-4 (GSSAP 1, 2) mission directly into GEO, and it has 1 year of experiments planned.

n July 2016, AFRL transferred satellite control authority to the 3rd SES. This gave the 50th Space Wing a new level of authority over the satellite to dictate tasks and commands directly to the equipment. It was then used to execute threat replication trajectories for the creation of tactics, techniques and procedures. In November 2017, ANGELS was eventually decommissioned.