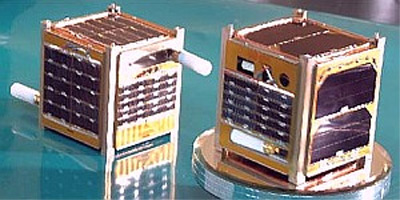 The YamSat was the first developed picosatellite in National Space Program Office's (NSPO), Taiwan, R.O.C. It was scheduled to flight in the CubeSat launch in 2003.

The rapid-prototyping system engineering different from the past formal discipline opens a new satellite development model in NSPO. The YamSat Test Readiness Review Meeting was successfully held in January 2002 and the environmental tests were completed by end March 2002. Besides the breadboard model and engineering testbed to prove of operation concept are built, three YamSats (1A, 1B, & 1C) instead of one are manufactured with slightly different configurations and purposes.

The scientific payload on YAMSAT is the micro-spectrometer that measures the scattering of visible solar spectrum in the atmosphere. The micro spectrometer is used for the analysis of atmospheric elements.

The YAMSAT project was initiated on April 2001 and the final assembly and testing were completed on March 2002. YAMSAT was scheduled to launch together with Pico-Sats developed by US and Japan on a Russian launch vehicle. However, the launch plan was abandoned after facing objection from the Russian government. Since no appropriate launch vehicle has yet been identified, the plans for a YAMSAT launch have been cancelled.