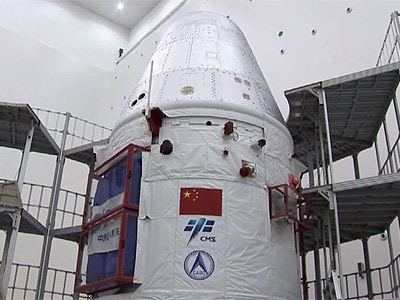 The XZF-SC (Xinyidai Zairen Feichuan - Shiyan Chuan, "New Generation Crewed Spaceship - Test Ship") (actual name besides this generic designation not yet known) is a protoype for the next Generation crewed spacecraft developed by CAST, Beijing.

The prototype was launched on the maiden CZ-5B rocket. Without a launch escape system, the prototype spacecraft is carried inside a large payload fairing. The launch vehicle puts the spacecraft into a low earth orbit (LEO), then the spacecraft uses its own propulsion system to reach an elliptic orbit with an apogee of about 8000 km to perform a high speed reentry. It returned successfully on 8 May 2020 to earth and landed in the desert near Jiuquan.