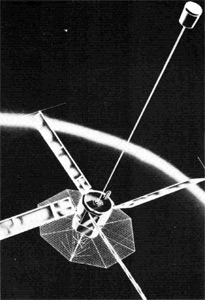 Wideband, also known as STP P76-5, was a military mission designed to evaluate propagation effects of disturbed plasmas on radar and communications systems.

The spacecraft was built on the Transit-O 15 navigational satellite. Wideband was gravity gradient stabilized by deployable boom with tip mass and was powered by 4 small deployable solar arrays. It featured Defense Nuclear Agency's Wideband beacon, DNA-002, as its sole payload. DNA-002 was a propagation experiment for a multifrequency beacon, VHF to S-band. The experiment was 80 percent successful and contributed to an ionospheric radio/radar disturbance VHF/S-band data base.

It was succeeded by HILAT.