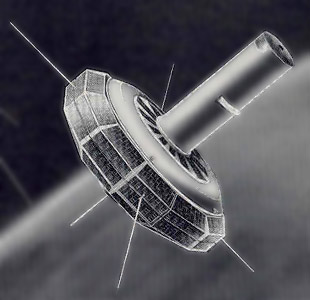 The objectives of the mission were:

Since Satellite 4B met all objectives, the first objective was not necessary. Objectives 3 and 4 were met. TRAAC contained the first gravity gradient stabilization system orbited (Objective No. 2). This system responded to the extension command but, shortly thereafter, a drive motor malfunctioned and the 60-foot gravity gradient stabilization boom did not extend fully. After launch, it was difficult to execute operational commands while the TRAAC doppler transmitters were on, so that this system was maintained in the off position for substantial periods.

This satellite was the first to employ electromagnets for temporary magnetic stabilization.

The satellite had an operating life of 270 days. As with Satellite 4-B, the TRAAC power system was greatly affected by artificial radiation and the satellite ceased transmitting 12 August 1962.