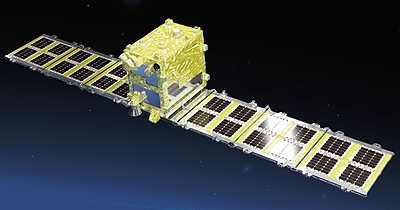 StriX α is a 150 kg satellite, larger than the planned 100 kg operational satellites. The satellite features two deployable panes, one side carrying solar cells, the other carrying the X-band radar antenna.

the StriX satellite constellation can target data with a ground resolution of 1-3 m, single polarized (VV), and a swath width of more than 10-30 km. The StriX observation modes are Stripmap and Sliding Spotlight mode and each satellite has an SAR antenna that is 5 meters in length and stowed during launch. The simple design of the satellites allows for affordable development of the constellation.

The launch of the StriX α prototype was originally planned for 2020 on an Arianespace Vega booster on a shared mission. The lauch was moved to a Rocket Labs Electron KS in late 2020. The Electron payload fairing required modifications to accomodate the satellite.