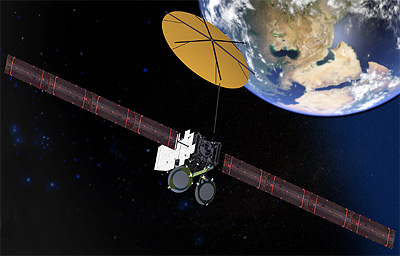 New York Broadband LLC announced in January 2015 that it had selected Boeing Satellite Systems as the designated contractor for the NYBBSat 1, later renamed Silkwave 1 high-powered L-band communications satellite that will provide mobile multimedia services to China and other Asian markets. The contract was signed in October 2015.

Silkwave 1 will be based on Boeing's BSS-702MP bus. The payload is powered by two solar wings, each with four panels of ultra triple-junction gallium arsenide solar cells. It features a high-power L-band payload with steerable beams for broadcast and communication services to all of China and its surrounding oceans, as well as several other Asian markets. The beams and the power of the satellite can be reconfigured on-orbit. It will feature a carrying a 9-meter antenna reflector.

It will be stationed at 105° East to replace the AsiaStar placeholder satellite, which was acquired in 2014. NYBB intends to lease the entire capacity of the satellite to CMMB Vision Holdings of Hong Kong, a China Telecom subsidiary, for its planned mobile multimedia service in China and Asia.

At the time of contracting, a launch in 2018 was planned. So far no launch contract has been signed.