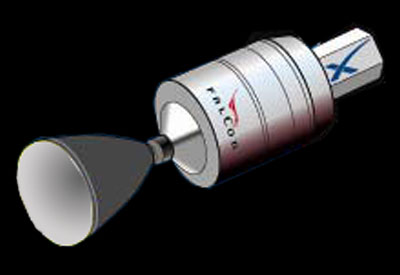 Ratsat is a vehicle evaluation payload for the fourth flight of the Falcon-1 rocket designed and built by SpaceX specifically for this mission.

Ratsat is a 165 kg boilerplate in shape of a 1.5 m hexagonal prism launched. It was fabricated in house by It remained intentionally attached to the Falcon-1 second stage.

Ratsat was successfully launched on the fourth Falcon-1 flight, after the three first attempts failed. The rocket reached a 621 km × 643 km orbit with an inclination of 9.35°. The payload will remain in orbit for between five and ten years.