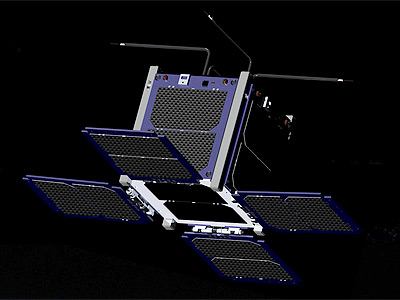 APSS 1 or QuakeTEC, also named Te Waka Āmiorangi o Aotearoa, is an 1U CubeSat developed by the University of Auckland's APSS (Auckland Programme for Space Systems) to test, if ionospheric disturbances can be used to predict earth quakes.

The QuakeTEC satellite carries a Langmuir probe and will measure the electron density in the ionosphere to determine the feasibility of detecting earthquakes in advance. The students will be using their satellites to investigate a debated theory, that seismic activity in the earths crust creates signatures in the ionosphere, a region of the atmosphere between 60 to a thousand kilometers above the earths surface.