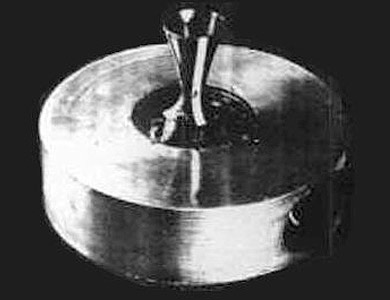 The Project Pilot payloads were small cylindrical satellites, which were launched by a four-stage Pilot (NOTS-EV1) vehicle from an F-4D1 Skyray. This was the first attempt to launch a satellite from an aircraft. The satellites were annular shaped, built around the final stage of the launch vehicle, the `NOTS 3 in. Spherical Motor', which was to remain connected with the payload.

The satellite, which was mostly refered to by its nickname 'NOTSnik', was originally intended as a military weather satellite for short notice launches to investigate the weather over a target area. It had a diameter of 20 cm, weighed only 1.05 kg and had a single instrument, a very primitive infrared line-scanning device to make crude IR images of the ground. The Pilot program was top secret at that time.

The payloads were modified as diagnostic payloads for the Project Argus high altitude nuclear tests. The infra-red scanner was finally flown on some early Transit spacecraft.

Apparently all launches failed. Some rumours exist, that Pilot 1 and Pilot 3 reached orbit, but this remains very doubtful as an engineer involved in the project recalls, that there were some signals picked up by ground stations, but those were most probably not from the satellite.