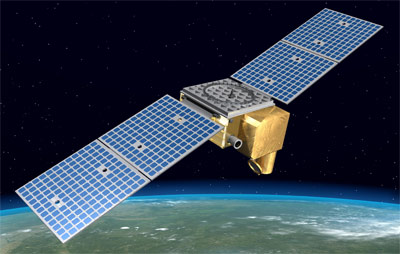 OmniEarth is a planned satellite constellation by OmniEarth LLC, consisting of 18 satellites to deliver high resolution analytics-grade, multispectral imagery data and products, and hosted payloads to commercial and government customers.

OmniEarth LLC announced in May 2014 a partnership with Harris Corp., Draper Laboratory and Dynetics to create a constellation of satellites. Imagery data and products will be for subscribers in the agriculture, energy, natural resources, mobile services and government communities.

The planned OmniEarth constellation of up to 18 satellites will cover 100% of the Earth once per day. OmniEarths imagery and analytics will enhance users ability to detect, analyze, react to and predict economic and environmental change in near real time.

The planned satellite constellation will also provide customers a turnkey, hosted-payload solution, including launch, ground infrastructure and global coverage with a rapid revisit time. The offering consists of up to 80 kg of payload space per satellite on a highly stabilized LEO platform.

OmniEarth is partnering with Dynetics to develop and manufacture the satellites at Dynetics new state-of-the-art Solutions Complex, which was built to support assembly-line production. OmniEarths satellites are based on Dynetics TerraSense, a high-bandwidth and maneuverable small satellite platform. In an earlier project, Dynetics manufactured FASTSAT-HSV 01 in less than 10 months using off-the-shelf technology and agile processes at half the cost of a traditional satellite and successfully carried six payloads to space.

Draper Laboratory is providing overall systems specification and systems engineering for the effort, ensuring that the design and its implementation ensures mission success.

OmniEarth LLC has signed in 2014 a memorandum of understanding with Spaceflight Inc. for rideshare launch services related to its planned constellation of up to 18 satellites.