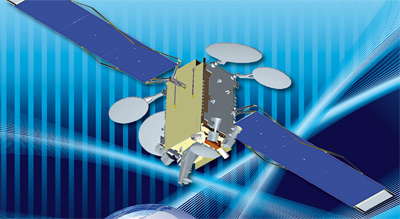 OHO 1 was a planned Ku-band communications satellite of OverHorizon.

Orbital Sciences Corporation announced in December 2009 that it has signed a contract for a new geosynchronous (GEO) communications satellite contract with OverHorizon, with offices in the U.S., Sweden and Cyprus.

The OverHorizon satellite was to provide a regenerative system for broadband communications services. Delivered via satellite, OverHorizon was to provide its services to, from, and between small, inexpensive user terminals installed on mobile vehicles, such as cars, trucks, boats and airplanes.

A contract with Arianespace was signed to provide a launch on an Ariane-5ECA or Soyuz-ST-B Fregat-MT rocket.

The contract to build OHO 1 was cancelled sometimes before September 2012.