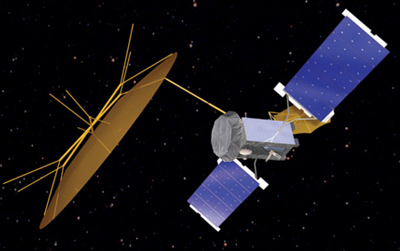 The new communications system, slated to become operational in 2010, would provide 10 times more throughput, or volume of information that can be transmitted, than the current UFO System, and will provide the US troops a much more reliable way to communicate, as it is not affected by weather, environmental constraints or foliage.

Under the new system, even troops in the most remote locations or buildings with no satellite access would see a big increase in communications capabilities, industry sources said.

In September 2004 the Lockheed team was selected against the Raytheon team.

Lockheed Martin Space Systems, Sunnyvale, Calif. the MUOS prime contractor and system integrator, was recently awarded a $2.1 billion contract to build the first two satellites and associated ground control elements by the U.S. Navy Space and Naval Warfare Systems Command (SPAWAR), on behalf of the Program Executive Office – Space Systems, San Diego, Calif. The contract also provides for options on three additional spacecraft. With all options exercised, the contract for up to five satellites has a total potential value of $3.26 billion.

MUOS satellites will be developed at the company's Commercial Space Systems unit in Newtown, Pa.; final assembly and test will occur in Sunnyvale. Lockheed Martin's award-winning A2100 bus, which has achieved over 100 years of on-orbit service, will serve as the MUOS spacecraft platform.

The planned launch of the first MUOS satellite was delayed to 2012 after a part of the budget was used to fund operations in Iraq.

The program is valued at $6.4 billion over its lifespan, which could run through 2024.

In 2014, in the third MUOS a soldering defect was discovered, shuffling it behind the fourth spacecraft in the five-member fleet.

MUOS 5, launched in June 2016, suffered issues with its apogee propulsion system during orbit raising and has not raised its orbit to the final geostationary orbit but stayed in an intermediate transfer orbit. Between 7 September and 22 October 2016, a total of 26 firings by the smaller, less powerful thrusters lifted MUOS 5 to a synchronous orbit and thus salvaging the mission.