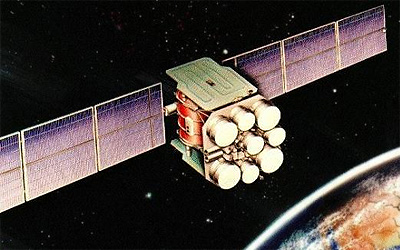 Kupon (K95K) was a communication satellite originally developed by Lavochkin for the third generation GKKRS (Global Space Command and Communications System). The project was cancelled with the breakup of the Soviet Union, and instead Kupon became the first communications satellite for the Russian banking system. The satellite was owned by the Russian Federation Central Bank (and possibly Global Information Systems of Moscow) and relayed financial data for the Bankir network.

After launch in November 1997 on a Proton-K Blok-DM-2M rocket with direct insertion into the geostationary orbit, Kupon-1 was stationed at 55° East.

A few days after launch a problems with faulty sensors arose during in-orbit testing. The satellite failed in mid March 1998, apparently due to a failure of the board computer or the attitude control system. It was not replaced.