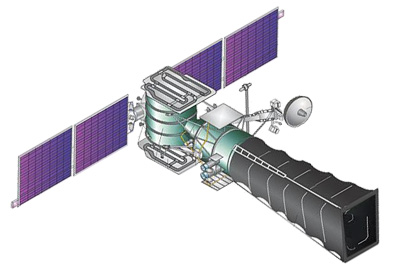 The US-KMO early warning satellites of the second generation were developed as part of the Oko-1 system, which was supposed to complement and then replace the first generation US-KS satellite in the Oko space-based early warning system. Development of the US-KMO system began in 1979. In contrast to the first-generation system, which was designed to detect only launches of ICBMs from bases in U.S. territory, the US-KMO system was designed to provide coverage of SLBM launches from oceans as well.

Details of the US-KMO system architecture are unknown, but it seems that the system in its full configuration would include up to seven satellites in geosynchronous orbits and about four satellites in highly elliptical orbits. All satellites are supposed to have the capability of detecting launches of ballistic missiles against background of Earth surface and cloud cover.

The US-KMO are often erroneously refered by the name "Prognoz", as the orbital positions for the satellites were reserved under this name.