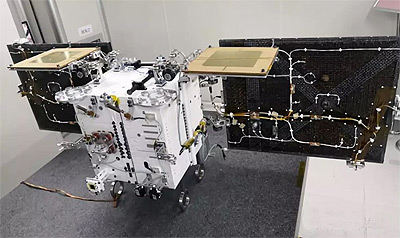 The satellite was developed by Shanghai Ok Space Co Ltd, also known as Space OK, with the satellite described as China's first privately designed low Earth orbit (LEO) communications satellite. Jiading-1 is based on the company's OKW-Sat-50 satellite platform with a total mass of 45 kg and is the first satellite for the planned Xiangyun constellation for Internet of Things connectivity.

Construction of the Xiangyun Satellite Constellation, a LEO satellite constellation and the first of its kind in China, is expected to be completed in 2020.