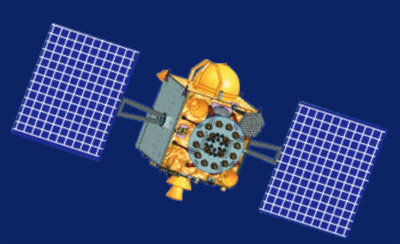 The Indian Government has approved in May 2006, a project to implement an Indian Regional Navigation Satellite System (IRNSS) in the next six to seven years.

Each satellite has two payloads: a navigation payload and CDMA ranging payload in addition with a laser retro-reflector. The payload generates navigation signals at L5 and S-band. The design of the payload makes the IRNSS system inter-operable and compatible with GPS and Galileo.

The satellites are based on the I-1K (I-1000) bus. Both GEO and GSO satellites have the same configuration.

With the system becoming operational, it was named NavIC (Navigation with Indian Constellation).

In addition to the seven original satellites, ISRO announced in January 2016, that four more will be built as spares. The first of the spares will be launched in late 2017 to replace IRNSS 1A, which suffered failures in its atomic clocks.

The launch of the first replacement satellite, IRNSS 1H, failed, when the heat shield failed to separate. Although it reached orbit, it is likely a loss of mission.