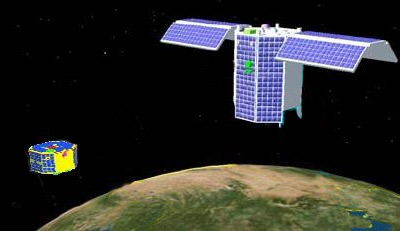 The mission of the FN (Fengniao, HummerSat) spacecrafts is to demonstrate new minisat technologies for formation flying.

The HummerSat-1 mission consist of a minisatellite, called FN-1 or HummerSat-1 with a launch mass of about 160 kg, as the principal spacecraft of the formation. In addition to the minisatellite HummerSat-1, there is a microsatellite, called FN-1A (or HummerSat-1A) with a mass of about 30 kg. FN-1A will be mounted on FN-1 at launch and will be deployed in orbit to form a two-spacecraft formation with the mother spacecraft. Both spacecraft are in contact with a crosslink for information exchange and the enactment of required orbit maneuvers. However, all ground communications with the formation is only via the mother spacecraft.

The goal of the FN-1 mission is to:

It is unclear, if the FN 1A (HummerSat 1A) subsatellite was ever deployed.