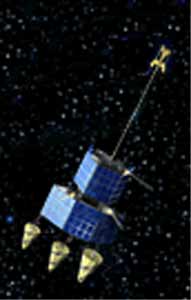 Final Analysis Inc. planned to deploy a 26-satellite constellation with 4 spares and 2 initial experimental satellites, providing low rate data and non-voice digital communications. It was intending to use its proprietary frequency sharing technique using both TDMA and CDMA allowing its system to share the spectrum with other users. The system was expected to cost in excess of US$ 200m. After the launch of development satellites, the project was not continued.

The satellite was based on PM Polyots 21KF2 Bus, which was developed for the Nadezhda-M satellites. Faisat-2v was launched on a Kosmos-3M launcher alongside Kosmos 2346 on the 23rd September 1997 from Plesetsk Cosmodrome, after being left behind on an earlier Kosmos 2341 in April 1997 due to a bureaucratic glitch. It was launched into a 956 × 1012 km orbit inclined at 82.9 degrees. AKO Polyot will launch the satellites as a partner in a joint venture for FAI's communications constellation.

FAISAT also carries transponders for VITA, a non-profit organization committed to helping people in developing countries improve the collection and transfer of information. This second satellite will carry out communication studies in order to develop suitable algoritms for sharing with other networks and interfering systems, over countries including the USA, Mongolia, Germany and Poland. The remaining 26 satellites were to be launched between 1997 and 2000 to form a global network, which ultimately did not happen.

It was reported that the satellite was working well after an initial glitch where the spacecraft went silent shortly after deployment. A power problem was reported during its first eclipse season, in supplying power during eclipse. It was believed this could be corrected by new software, but it is not clear, if it was ever operational.