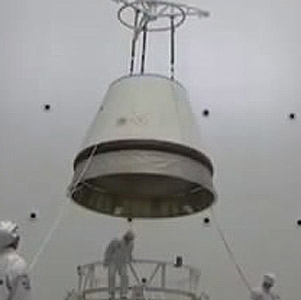 The capsule has a height of 2.3 m and a diameter of 2.6 m with a mass of 2600 kg. Reportedly outfitted with basic systems like a navigation system, heat shield, parachutes and a communications system capable of transmitting through the plasma occurring during the hypersonic re-entry sequence.

It was launched on the maiden flight of the CZ-7/YZ1A rocket. It remained attached to the XZ-1A upperstage with the ZGZ Shiyan Zhuangzhi. The upper stage provided also the reentry manouevre for the DFFC capsule.(?)

The DFFC capsule successfully returned to earth on 26 June 2016.