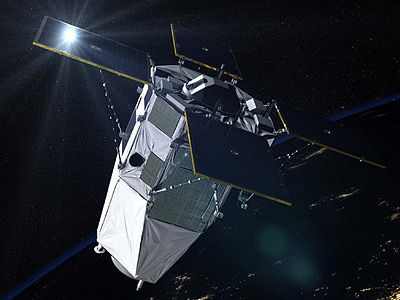 CNES, the French space agency, has notified Astrium that the DGA, the French arms procurement agency, has awarded the company a 795 million contract for two satellites for the CSO program. The first satellite is scheduled to enter orbit in 2018. The contract also includes an option for a third satellite.

As prime contractor for the CSO satellites programme, Astrium will provide the agile platform and avionics, and will also be responsible for the integration work, testing and delivery of the satellites to CNES. Thales Alenia Space will provide Astrium with the very-high resolution optical instrument.

An agreement between France and Germany was reached in April 2015, under which Germany contributes 210 Million  to building a third satellite, and in exchange receives access rights to the imagery.

CSO 1 will provide Very High Resolution imagery - comparable to the Helios 2 satellites, with a ground resolution of about 35 cm from an 800 km orbit. The launch is planned for 2018.

CSO 2 will be put into a lower 480 km orbit to provide Extremely High Resolution imagery with a ground resolution of about 20 cm. It is to be launched in in 2021.

CSO 3 will be launched to provide increased revisit capabilities.