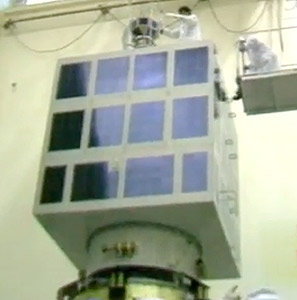 Aussat-B-MFS was a mass model of the Aussat-B (later renamed Optus B) comsat launched on the maiden flight of the CZ-2E rocket.

Aussat-B-MFS was a 2700 kg mass model representing a Aussat-B satellite. It was to be put into a geostationary transfer orbit of 340 km × 25740 km with an inclination of 24° by a Chinese build PKS perigee kick stage. On top of the Aussat-B-MFS, the small Pakistani Badr A satellite was carried to be released in low earth orbit.