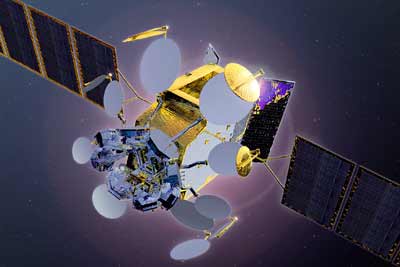 The Astrolink satellite system was to be the most technologically sophisticated capability for the growing global telecommunications market at the time. The Astrolink constellation was to use the Lockheed Martin A2100 satellite bus which offered design versatility at minimum cost. It has a life span of about 15 years and is compatible with a wide array of launch vehicles. Lockheed Martin Commercial Space Systems, Sunnyvale, CA, was to build the Astrolink satellites using high-capacity packet-switched payloads manufactured by TRW Space & Electronics Group, Redondo Beach, CA.

All Lockheed Martin contracts to build and launch the Astrolink satellites have been terminated in Q4 2001 according to a Form 10-K filing by Lockheed Martin Corp. to the U.S. Securities & Exchange Commission. Lockheed Martin Commercial Space had been contracted to build four Advanced A2100 type satellites and International Launch Services was due to provide two Atlas-5 and two Proton-M Briz-M launches.

In early 2003, Liberty Satellite & Technology, Inc. announced a deal to restructure Astrolink. Under the agreement, Liberty Satellite will acquire substantially all of the assets of Astrolink. Astrolink simultaneously signed agreements with Lockheed Martin and Northrop Grumman for completion of two satellites. The closing of Liberty Satellite's acquisition of the Astrolink business is subject to regulatory approvals and other closing conditions, including Liberty Satellite obtaining satisfactory funding for the business from additional investors, third party sources of financing, or firm capacity commitments from prospective customers. Closing is expected to occur on or before 31 October 2003.

Liberty Satellite planned to pursue a revised operating plan for the new Astrolink system, taking into account current financial and market factors. The revised operating plan envisioned launching Ka-band satellites to provide enterprise customers with virtual private networks and related advanced services, as well as their use in fulfilling the expanding needs for bandwidth by various government agencies. Eventually, these plans did not com to fruition.