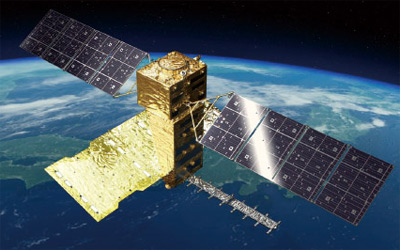 JAXA's ALOS 4 (Advanced Land Observation Satellite 4) is a planned radar Earth observation satellite. It is the follow up to ALOS 2.

The Advanced Land Observing Satellite-4 (ALOS-4) is a satellite to observe the Earth's surface using its onboard phased array type L-band synthetic aperture radar (PALSAR-3). The L-band radar technology has continuously been developed in Japan. With further improved observation performance compared to the predecessor PALSAR-2 aboard the Daichi-2 (ALOS-2), JAXA and its prime contractor, Mitsubishi Electric Corporation, are developing the satellite aiming at achieving both high resolution and a broader observation swath. Unlike observations by an optical sensor, radar images can be acquired day and night as it does not require sunlight. Moreover, since radio waves can penetrate cloud, the images can be obtained regardless of weather condition. The ALOS-4 will leverage these merits for observing and monitoring disaster-hit areas, forests, and sea ice. In addition, it will also challenge new areas such as monitoring infrastructure displacement.

ALOS-4 will also be equipped with the Automatic Identification System for ships (AIS) receiver, as was Daichi-2, so that the satellite will also monitor oceans by receiving AIS signals from vessels as well as by acquiring the PALSAR-3 images. The SPace based AIS Experiment (SPAISE3) is a high performance satellite AIS. Effective countermeasures against radio wave interference regions are taken for the SPAISE3 with multiple antennas and groundbased data processing; therefore, the detection success rate of a ship in the heavy marine traffic areas will be improved compared to Daichi-2. SPAISE3 development is JAXA's ongoing project in cooperation with NEC Corporation.