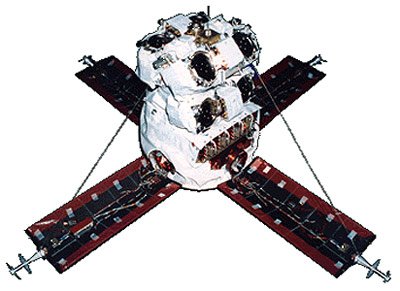 ALEXIS (Array of Low-Energy X-Ray Imaging Sensors) was a small satellite which carried an ultrasoft X-ray telescope array for astronomy studies and a high-speed VHF receiver/digitizer (Blackbeard) for studying the effect of lightning and electromagnetic impulse from exploding nuclear devices on the ionospheric transmission.

The spacecraft is spin-stabilized with a period of 2 rpm and the axis points sunward. The Blackbeard experiment operated successfully. The astronomy data needed a full pointing and aspect solution in order to be interpreted.

It was launched on a Pegasus booster from the wing of a B-52, but a solar paddle was damaged during the flight. No contact with the satellite was established until three months after launch. New attitude control techniques were developed and the satellite was brought under control. The telemetry system performed nominally.

ALEXIS operated successfully for 12 years and it exceeded all expectations in spite of the serious solar array incident. It was decommissioned on 29 April 2005.