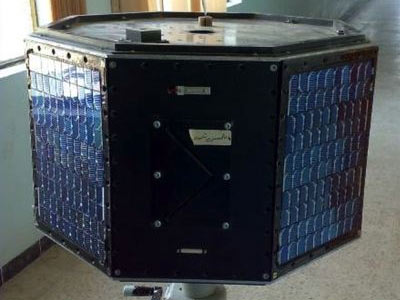 Al-Ta'ir was an Iraqi small experimental satellite program developed in the 19881991 period.

The 75 kg Al-Ta'ir satellites consisted of octahedral prism structure, which was covered on seven sides with solar cells. They were spin stabilized with the orientation controlled by magnetic coils. The subsystems included an onboard data handling system, a VHF and UHF amateur band communication system to transmit voice and telemetry and telecommand data. Thermal control was passive.

The satellites were originally baselined to be launched as piggy-back payloads on an Ariane-4 launch vehicle, but deteriorating relations to the western countries stopped these plans. Possibly they were to be orbited by the iraqi Al-Abid launch vehicle then in development. These possibility was also lost due to the end of the iraqi rocket program after the second Gulf War.

Both satellites still exist and are in storage at the Ministry of Science & Technology in Baghdad.