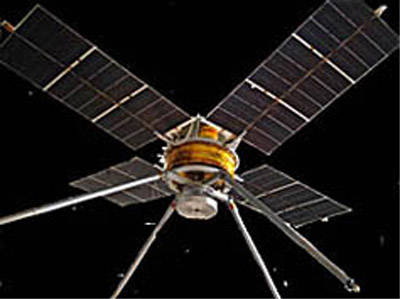 Aerospace Systems, a Russian company, is testing on AKS 2 the deployment of inflatable structures for space advertising.

The given technology would allow to make and deliver in space advertising scenery for manufacture of advertising and natural plots of art films. The space scenery laid in the container of satellite AKS-2, would be unfolded in a space by filling by gas of the pneumoskeleton executed from a film material, covered by a special varnish which after expansion of scenery in vacuum foams and polymerize, transforming an elastic film material in rigid durable plastic.

The advertising scenery was to be filmed by three video cameras installed in various parts of scenery, and system for real time transmission.

AKS 2 has been dropped from the scheduled March 2007 Dnepr launch for financial reasons.