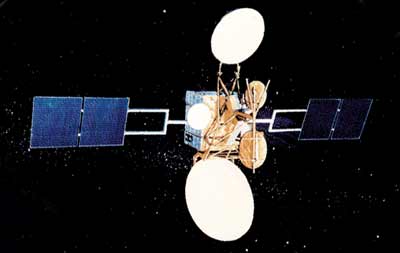 ACTS (Advanced Communication Test Satellite) is the first high-speed, all-digital communications satellite. It is the first to have sophisticated telephone-system-type switching onboard. It can carry data at standard fiber-optic data rates with the same transmission quality, added performance, and cost savings that a land-based network provides. It operates in the uncrowded Ka-band (18 to 30 gigahertz) portion of the radio spectrum. ACTS technology integrates well with ground telephone network systems, allowing for high-speed transmission over great distances to even the remotest locations.

ACTS, which was built and operated by Lockheed Martin Corporation, was launched on 12 September 1993, as the primary payload of the Space Shuttle Discovery on its STS-51 mission. After separation from the Shuttle, a transfer orbit stage (TOS-21H) rocket propelled it into a geo-transfer orbit. After 7 days, ACTS moved into its geosynchronous operations orbit and stabilized into a nonspinning configuration. ACTS remained in this orbit at 100° west longitude throughout the life of its demonstration project. With its solar arrays and main communications antennas deployed, ACTS measures 47.1 feet from tip to tip of its solar arrays and 29.9 feet across from its main receiving and transmitting antenna. At the beginning of its on-orbit life, it weighed 3250 pounds.

ACTS has operated flawlessly, experiencing expected downtimes only during the spring and fall equinoxes when the spacecraft's solar panels are eclipsed. Experimental studies began 12 weeks after launch and continued through May 2000 when Glenn's experiments program came to an end.

The ACTS communications payload includes several technologies through which a full range of voice, video, and data communications services can be provided on-demand: