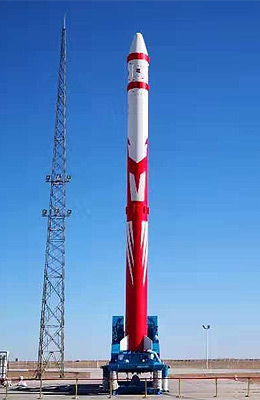 The ZhuQue-1 (ZQ-1), is a small solid fueled Chinese commercial launch vehicle by the LandSpace company for small payloads up to 300 kg.

It consists of three solid-fueled stages. With a diameter of 1.35 m in all three stages, it is likely based on the DF-26 missile's rocket motor. Stage one and two appear to be of the same length, while stage three is shorter. The total length is 19 m. It is capable to put a 200 kg payload into a 500 km sun-synchronous orbit.

The maiden flight was planned for 2018, initially from Wenchang, but was changed short term to Jiuquan. The maiden flight took place in October 2018, but failed to reach orbit due to an attitude control issue on stage 3.

It has been reported, that the manufacturer of the solid motors has terminated the contract with LandSpace, so the maiden flight might have been the only flight of the vehicle.