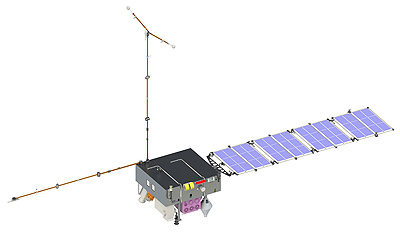 Zond is a solar observation satellite developed by for Roskosmos for the project Ionozond.

The space segment of project Ionozond includes consists of four Ionosfera and one Zond satellite. The constellation of Ionosfera satellites is designed for the operational monitoring of the magnetosphere and ionosphere, while Zond measures the solar irradiadion.

The Zond satellite was supposed to fly with the Ionosfera satellites in 2020 to observe the Sun, but work on it has been suspended due to for lack of funding.