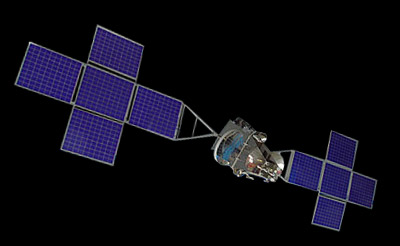 Iran and Russia have signed an agreement in January 2005 worth 132 million US dollars on construction and launch of a telecommunications satellite for the Islamic republic. The deal to build the Zohreh 1 (Venus) satellite was signed with the Russian Aerospace Agency and its affiliate AviaExport.

The satellite, with 12 transponders in design, was to bolster Iran's telecommunications capacity in transmission of data as well as broadcast of radio and television programs throughout the country. The satellite was to be operational within two and a half years after opening of the letter of credit, according to the report. Under the contract, the Krasnoyarsk-based Prikladnaya Mekhanika science and production association was tasked with building the satellite. The Zohreh was to be a modification of the Ekspress-1000A new generation satellite. It was to be put into orbit, at a height of 36,000 kilometers above Iranian territory, by a Russian Soyuz-FG Fregat booster.

The contract provideed all conditions for intensifying cooperation, i.e. personnel training and the building of the Zohreh-2 satellite, whose cost was to decline by 26% compared to the first vehicle.

The contract has apparently been cancelled.