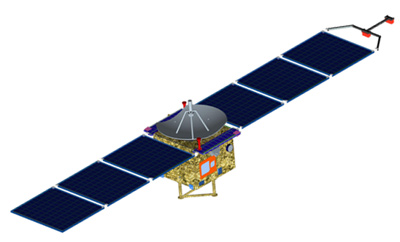 In 2007 the chinese space agency signed an agreement to launch the 110 kg Yinghuo 1 orbiter piggyback on Fobos-Grunt. This orbiter was to separate from Fobos-Grunt after reaching mars orbit.

YH 1 was to enter a highly eccentric Mars orbit, which will well cover the areas of solar wind, bow shock, magnetosheath, magnetic pileup region, and tail and plasma sheet.

The scientific objectives of the mission are: