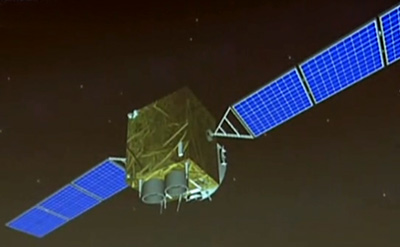 The Yaogan 2 (Remote Sensing Satellite-2) government remote sensing satellite, likely also used as a military reconnaissance satellite, was launched by CZ-2D (2) rocket from China's Jiuquan space center on 25 May 2007. It is an optical complement to the SAR-equipped Yaogan 1 satellite.

The fifth satellite, Yaogan 24, which might possibly mark the beginning of an improved version, was put into orbit on 20 November 2014.

Yaogan 30 was launched on 15 May 2016. The orbital characteristics hint, that it is also part of the Yaogan-2 family. Unlike the other satellites, four launches with each a triplet of small satellites also called Yaogan 30-01 to 30-4 were launched shortly after, reportedly working together with Yaogan 30.