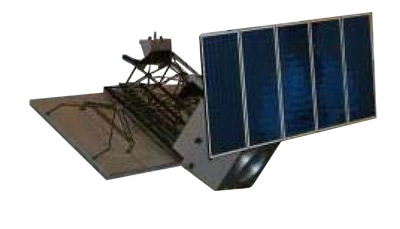 The satellite was built by the Shanghai SAST group, which also builds the Feng Yun weather satellites.

According to the Chinese media reports, the satellite weights 2700 kg.

Another report confirmed that the JB-5/Remote Sensing Satellite-1 is fitted with a electronic motor-powered solar panel which expanded under the command from the ground control station. It is not known which band the JB-5's radar is working, and what kind of resolution the radar image can achieve.

Yaogan 29, launched in November 2015 into the same type orbit, appears to be a modernized successor.