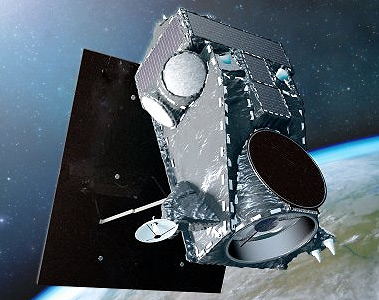 The satellites in this constellation shall be able to revisit some locations on Earth up to 40 times in a day.

The satellites will be built by SS/Loral, another daughter company of MDA, which will result in significant savings. The imager is built by Raytheon.

Six spacecraft of the WorldView-Legion constellation are planned to be on orbit in 2020/21 timeframe in a mix of sun-synchronous and mid-latitude orbits. Digital Globe may chose to build a further satellite as a back-up.

The initial constellation is to be orbited in 2021 on two Falcon-9 v1.2 (Block 5) rockets, with two satellites going to polar orbits and four to 45° orbits. Later this was changed to three launches of each two satellites.