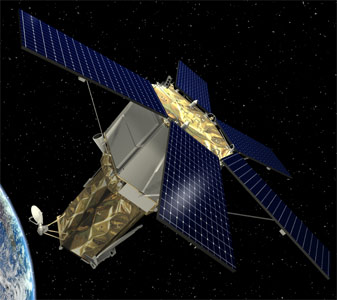 GeoEye, Inc. announced in October 2007 that it has contracted with ITT Corporation to begin work on the camera for GeoEye's next satellite, GeoEye-2. This is the first step in a phased development process for an advanced, third-generation satellite capable of discerning objects on the Earth's surface as small as 0.34 meter in size. The company contracted in March 2010 Lockheed Martin to build the satellite.

GeoEye-2 will be of the same general class as GeoEye-1, but will benefit from significant improvements in capability, including enhanced direct tasking, and the potential to collect imagery of the Earth's surface at 0.34 meter ground resolution. While GeoEye has an operating license from the National Oceanic and Atmospheric Administration (NOAA) to build and launch a satellite constellation with this extremely high ground resolution, the final decision regarding GeoEye-2's resolution will be made in response to how best to serve customer requirements, as well as consideration of the current regulatory environment. Under current licensing constraints, only U.S. Government customers and specifically designated allies have access to imagery at this highest resolution while commercial customers receive imagery at the highest resolution allowed by U.S. regulations, currently 0.5 meter ground resolution.

The launch of the GeoEye 2 satellite was planned for 2013 on an Atlas-5(401) booster from Vandenberg AFB. In the course of the planned merger of GeoEye and DigitalGlobe, the launch was postponed until needed. The spacecraft was completed and tested before being put into storage. In 2014, it was announced, that the satellite was renamed WorldView 4 and it was launched in 2016 due to the increased demand. It is to operate at an expected altitude of 617 km in coordination with WorldView-3.

The satellite suffered a failure of the control moment gyros in early January 2019, preventing the spacecraft from pointing accurately. While attempts to restore the spacecraft are attempted, Digital Globe does not expect the spacecraft to be recoverable. WorldView 4 reentered the atmosphere on 30 November 2021.