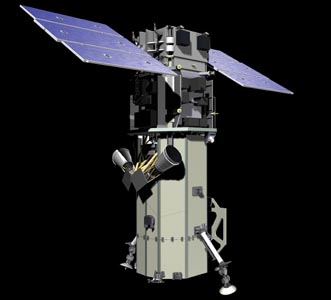 In 19 July 2016, Worldview-2 was involved in a debris-causing event, but the satellite remained operational.

In August 2010 a mostly identical WolrdView 3 was ordered for launch in 2014. This satellite has an additional infra-red capability. From its lower orbit of 617 km, it has a ground resolution of 0.31 m.