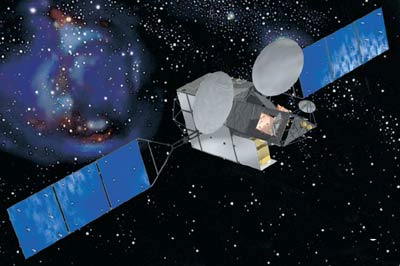 WINDS (Wideband InterNetworking engineering test and Demonstration Satellite) was jointly developed by JAXA and the National Institute of Information and Communications Technology, as part of the e-Japan Priority Policy Program of the Japanese government's IT strategy headquarters.

It is expected that this information and telecommunications network's speed and capacity will be much higher than anything achieved previously. The WINDS satellite communication system aims for a maximum speed of 155 Mbps (receiving) / 6 Mbps (transmitting) for households with 45-centimeter aperture antennas (the same size as existing Communications Satellite antennas), and ultra-fast 1.2 Gbps transmission for offices with five-meter antennas.

WINDS received the name Kizuna in late 2007. WINDS was launched by an H-2A-2024 launch vehicle in 2008 to establish the world's most advanced information and telecommunications network.

WINDS failed on 9 February 2019 and started to drift. It could not be removed from geostationary orbit to a graveyard orbit.